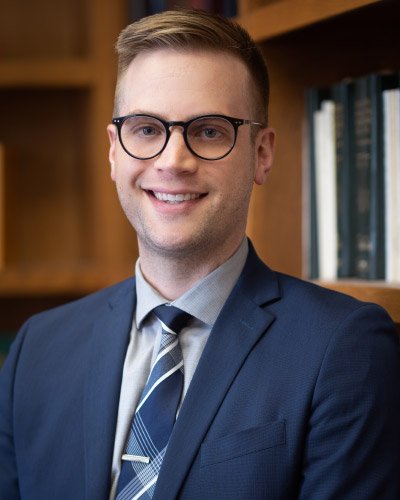 Alexander has been with the firm since 2012. He was recognized as the Big Muddy Bar Association Volunteer Lawyer of the Year in 2013, 2014, and 2015. In addition, Alexander serves as the Firm’s Young Lawyer Liaison to Meritas and is a Network Attorney and Telephone Attorney for ARAG Legal Service.

Alexander has served as a Sophomore Boys Basketball coach for Mandan High School since the 2012-2013 basketball season. He has participated in the Junior Achievement program since 2013 and has also served as an Elder with the First Presbyterian Church of Mandan since 2015. Alexander currently resides in Mandan, North Dakota with his wife and their great dane.

Admitted to Practice in:
North Dakota