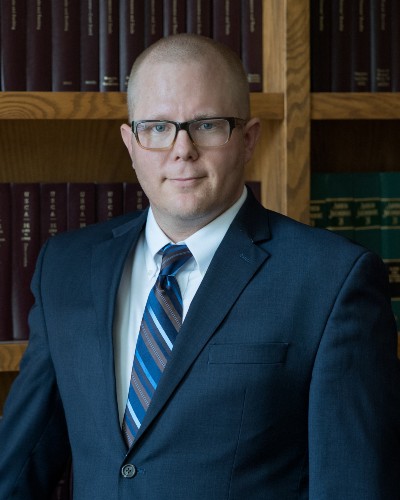 Garrett has been with the firm since 2008. He was recognized as the Big Muddy Bar Association Volunteer Lawyer of the Year in 2009 and 2011. In 2014, Garrett was recognized by the National Academy of Family Law Attorneys as a top 10 attorney under the age of 40. In 2016 he received the 10 Best Client’s Satisfaction Award by the American Institute of Criminal Law Attorneys.

Garrett resides in Bismarck, North Dakota with his wife and children.