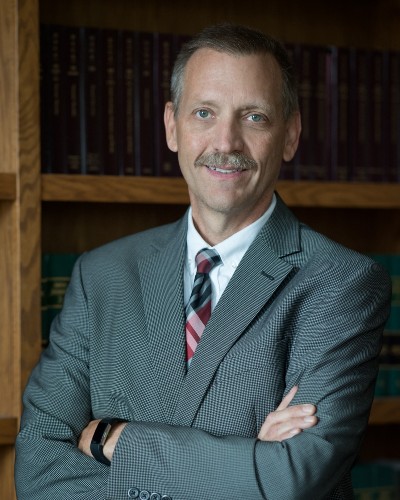 Todd has been with the firm since 1989. From 1987-1989, Todd served as a judicial law clerk for the North Dakota Supreme Court. From 1985-1987, he served as a student researcher at the University of North Dakota Central Legal Research and from 1984-1985, Todd was a law clerk with Bohlman Law Office in Grand Forks, North Dakota.

Todd is involved with St. Joseph Church and served as a Eucharistic Minister at Christ the King Church from 1996-1999. He has also been involved with youth football, soccer, baseball, and boys and girls basketball. Todd also served as Den Master from 1992-1998 for Pack 51 of the Boy Scouts of America North Lights Council. He was a past president of the Big Muddy Bar Association, member of the Bismarck-Mandan Chamber of Commerce, and member of the Greater North Dakota Association. Todd was a member and chairman of the Inquiry Committee West, a past trustee of the Mandan Backboard Booster Club and a charter member of the Mandan Optimist Club.

Todd resides in Mandan, North Dakota with his wife, Colleen.